Today’s Advent mini-fig is a Rebel solider. Really neat figure from Star Wars: A New Hope. He’s one of the first characters we see in the entire saga. He has a cool large hat which, like the rebel trooper in Hoth gear, has three visors. 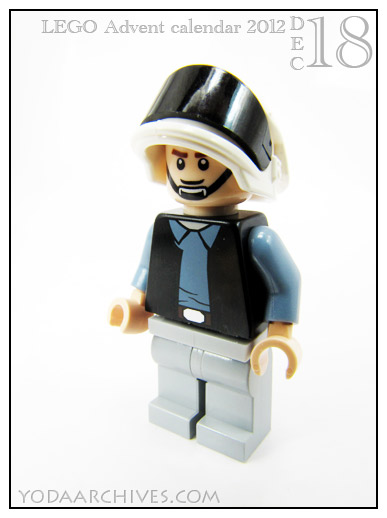