The WordPress.com stats helper monkeys prepared a 2012 annual report for this blog.

Most popular posts viewed in 2012 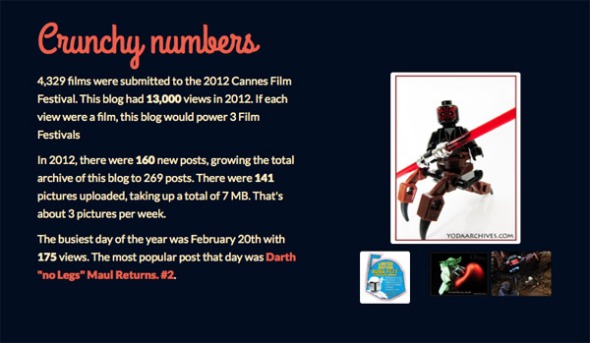 I love this graphic they made with my top posts.

Yoda archives had traffic from 94 countries in all!
Most visitors came from The United States. The United Kingdom & Canada were not far behind.

In 2012 I had two articles posted to theBrickBlogger.
Brick and Heroes at MCFC and LEGO Christmas Ornaments
I look forward to the new year and new images.