I had to cancel my trip to the Nashville LEGO Store’s anniversary event. I was all prepared to go, had my VIP card, an anniversary coupon, and I knew what I was going to purchase. I was also taking a small camera. I wanted to take a couple of pics of the store and the planned USA map build event.

I headed out the door. Cranked the truck. The engine would not turn over. The battery is only a couple of years old and I still had lights and electronics. I didn’t think it was the battery. I cleaned the connections. The were a little corroded but not too bad. Still nothing.

I called AAA. He tested the battery, and connections. All were good So I had to get a tow. Luckily there’s a shop nearby with Saturday hours. The truck just needed a tune up, ignition coil, and distrubutor cap. The fixed the truck the same day. But the unexpected expense killed the entertainment budget. The cost lets just say it was enough to by the recently announced Orthanc set. That set is not out till July so I couldn’t get it. But I was going to buy a couple smalls sets. Those will have to wait till mid May.

BTW: Get AAA they are worth the price.


The LEGO Lord of the Rings Tower of Orthanc 10237 images  hit the web today. The set is massive and beautiful. The set contains 2359 pieces. You get an ideal of how big the Tower is when it is shown in the shot with the Trent and the minifigs. But this video of it gives a better view of the scale of the tower. The set retails for 199.99. I would love to have this. 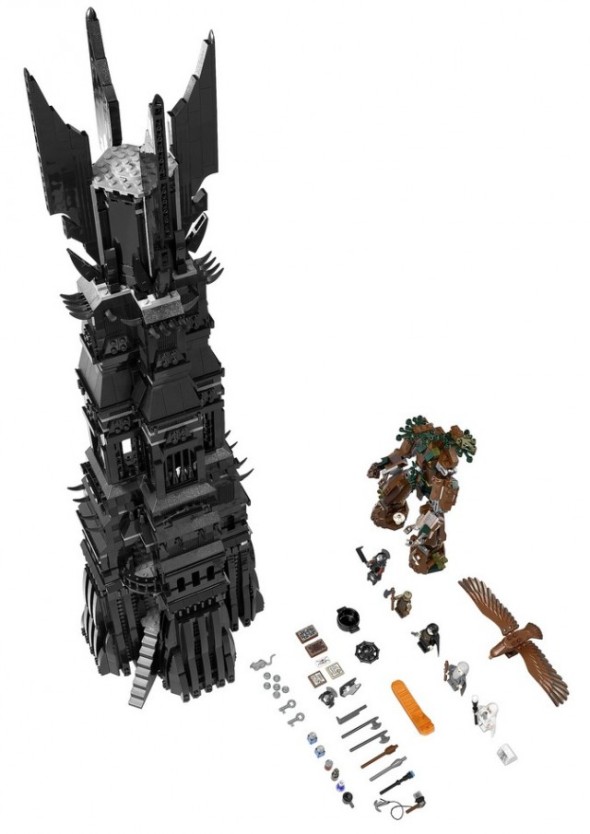