High-end manufacturer McFarlane Toys has entered the construction toy category with a range based on the popular adult zombie series The Walking Dead. These toys will be sold exclusively at Toys R Us. 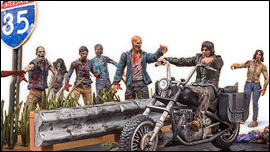 The building sets and expansion packs will feature popular characters and accessories including Daryl Dixon with Chopper, The Governor’s Room, and Prison Tower with Gate. The zombie apocalypse can be expanded with additional figure and accessory packs.

The Walking Dead series one product line will feature building sets, expansion packs, and figure blind bags for consumers to build their own The Walking Dead apocalypse: 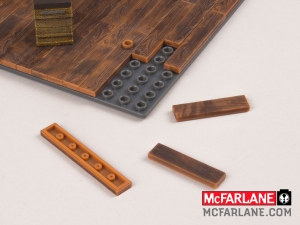 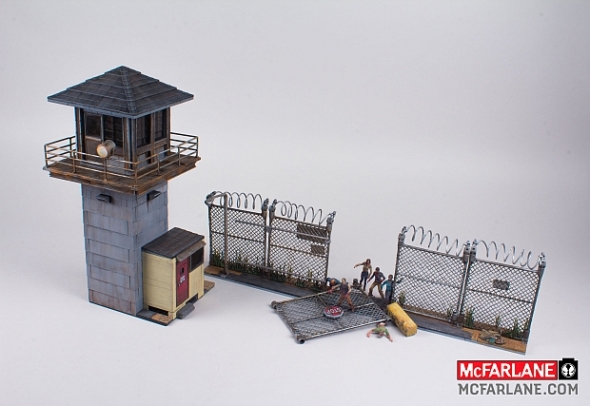 Macfarland Toys Makes some great looking high detailed figures. The set and figures look realistic. Not word on scale or if they blocks are compatible with LEGO. I hope so, those sets will make great backdrops for my action figures.

This entry was posted on July 21, 2014 by Chris. It was filed under Other Building Bricks and was tagged with building blocks, Daryl Dixon, McFarlane Toys, Michonne, walking dead, zombies. 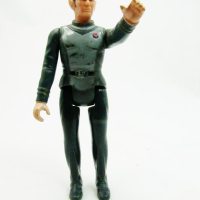