Happy Birthday Batman. The Batman turns 75 today. DC has declared today as Batman day. They having a huge digital comic sale to celebrate. 750 Batman titles will be made available for digital download for $.99 each for one week only. Plus today only 10 essential Batman graphic novels for only $2.99 each. 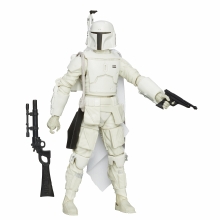 BURBANK, Calif.–(BUSINESS WIRE)–As part of their ongoing celebration of Batman’s 75th anniversary, DC Entertainment (DCE) announced today that 750 Batman titles will be made available for digital download for $.99 each. For one week only beginning on July 22, fans can become immersed in the adventures of the world’s most popular Super Hero. The special sale coincides with “Batman Day” on July 23 and Comic-Con International: San Diego 2014 activities, which will also shine a spotlight on the iconic comic idol.

The largest English-language publisher and the leader in digital comics innovation, this marks a first-of-its-kind offer for DCE across all digital platforms including comiXology, Google Play, iBooks, Kindle Store and Nook Store. Key Batman titles and storylines featured in the sale include Batman: The Dark Knight Returns, Batman: The Long Halloween, Batman: No Man’s Land, Batman: Year One, Batman: Hush, Batman: The Court of the Owls, All Star Batman & Robbin the Boy Wonder and many, many more!

DCE will also launch a 24-hour eBook sale that day only across all digital partners – offering 10 essential Batman graphic novels for only $2.99 each.

“Digital comics make it possible to get Batman anytime, anywhere and this sale is the perfect opportunity for fans to dive into the world of the Caped Crusader,” said DC Entertainment Co-Publisher Jim Lee. “Now, thanks to this mammoth 75th anniversary sale DCE is making it easier than ever to collect an incredibly broad range of Batman’s best stories, at a price that doesn’t require a Bruce Wayne-sized budget.”

To further mark its July 23rd Batman Day activities taking place at hundreds of comic book retailers nationwide, DCE will also launch a 24-hour eBook sale that day only across all digital partners – offering 10 essential Batman graphic novels for only $2.99 each.