Zulily is having a LEGO Event.  They don’t have any set but do have clothes, LEGO Books, and LEGO storage bins on sale. The Lego Architecture: The Visual Guide Hardcover which retails for $40 is on sale for $25.99. They have several Visual Dictionaries and Brickmaster books on sale.

Disclaimers: You have to create a Zulily to see the price and order. I get some store credit if you use the link and place an order.

Talk like a Pirate Day at the Avengers’ Mansion!

A barrel of Pirate jokes today! 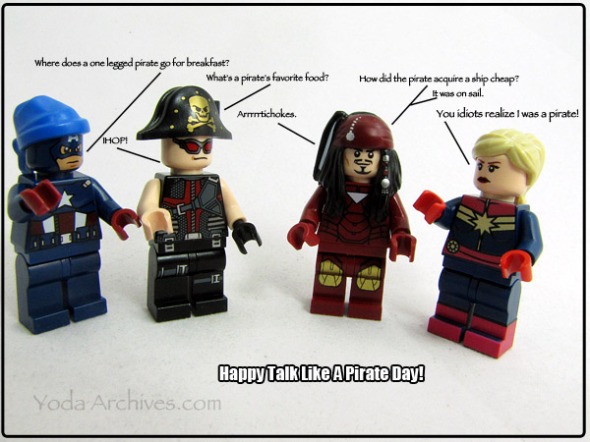