At TeeFury Oct 5 two Guardians of the Galaxy shirts.

It’s bricktober at Toys R Us. Buy $75 or more of LEGO sets and get a mini modular Theater set.  There are four different sets one available each week of October. 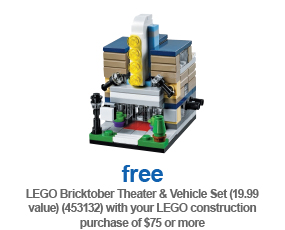 Welcome back to Robot Tober!

We have the clockwork robot from LEGO collectible minifigures series 6. He is still one of my favorite CMFs. He was a hard one for me to find back then. I’ve gotten much better at determining which figure is in the bag. 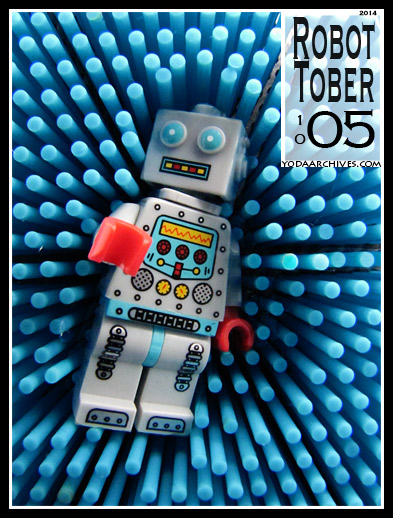 I reused the same background from yesterday image. Do you know what it is? Any guesses?