The theme for Brick Swag this month is “The Force”. BrickSwag Teased a Star Wars Box let’s see what we have. 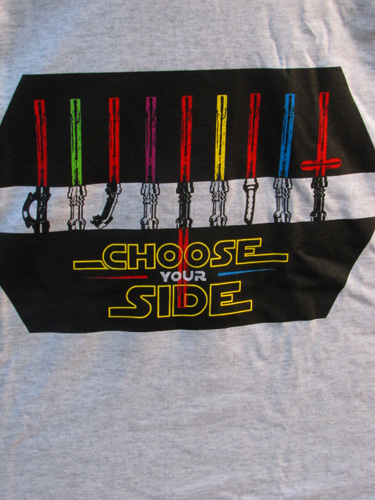 The shirt design is a collection of LEGO Lightsabers and says “Choose Your Side”.

To continue the Force theme this month there’s a “Keep Calm And use the Force” poster featuring minifig of Luke and Darth Vader. The poster is by Silly Brick Pics. 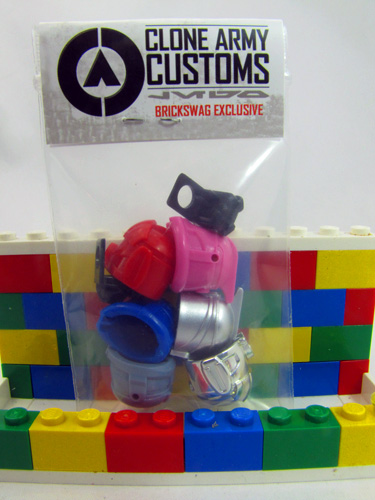 There are also some Clone Army Customs parts in the box. There are six solid color helmets and two black scuba backpacks. 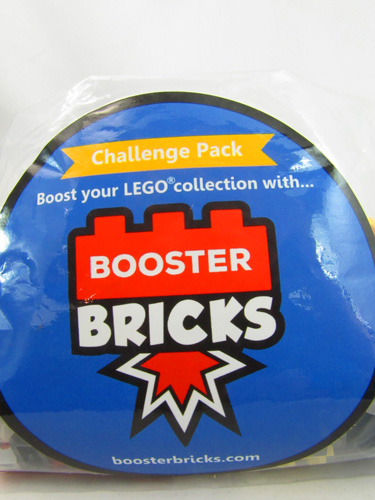 There was also a bag of bricks from Booster Bricks. This month there’s a challenge to create a holiday build.

This is the Build Magazine and the cards. It is a small but cool magazine. Once again there are five trading cards. I’m displaying them in a LEGO business card holder. 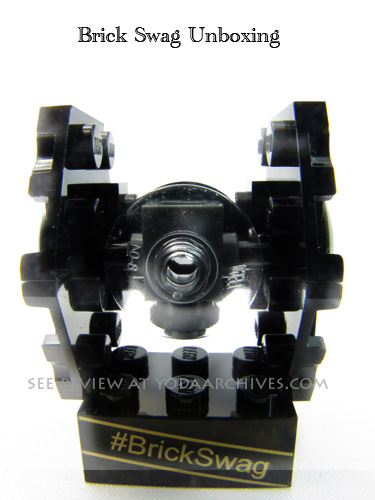 The build for December is a one of two Star Wars space ship sets. I got the X-wing and Tie Fighter set. It a cool mini build that you may have seen before.  The set was once a give away set at Toys R US. Some times they have build events for children. But what about AFOL? Well, Constructibles takes the instructions and build the sets. The BrickSwag brick is black and has the December 2015.

The other possible set this month was a mini Star Wars Rebels Ghost Ship. You can get either set from constructibles.net. Both of theses sets were once Toys R Us Building events sets. Constructibles took the instructions and collected the parts so people who miss the events could build the sets.  They sell packs of LEGO pick a brick and LEGO Store Monthly Builds.

I thinking about getting the Ghost see but next month the Ghost Micro-Fighter ship comes out and I’ll be getting that one.

So how much does this cost? A monthly subscription is $26 plus shipping. It was $7 for me so total cost was $34. The price per month goes down if you buy in 3 month, 6 month, or 12 month subscriptions. Subscribe to their email sometimes they send  discount code for new subscribers.

What do you think of Brick Swag? Other Subscriptions boxes?