This Summer your Child can Assemble the Avengers!

Need a free activity for your little geek? Lowe’s offers free building clinics, the children’s version is called Build and Grow.  The summer theme is Avengers: Ultron Revolutions. Every other Saturday, they have a new kit.

I took my son to one a few weeks ago. They were set up in the lumber section.  There were lots of work stations set up for the event. I gave them my waiver and they ask “Are you building here?” We said yes and they gave us the set and a child sized hammer. We found a table and sorted the pieces. 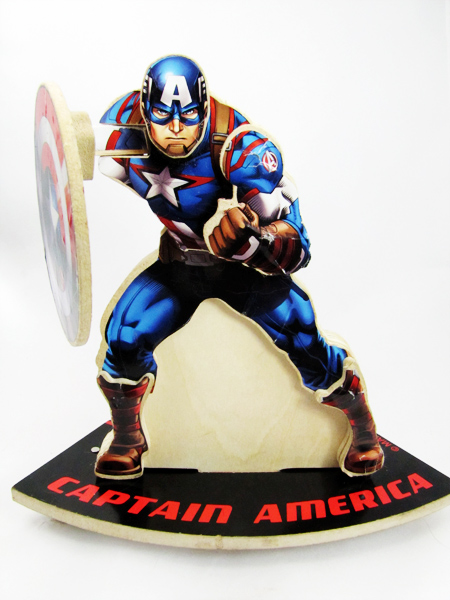 The first set was Captain America. The kit had several pieces of pre cut wood, two sizes of nails, stickers and instructions. Once sorted the pieces, we began building. There were a couple missteps in building but it was easy to back up and fix. My son was distracted by all the noise and got a little restless. But I told him we were almost done.

The instructions were clear for adults but kids will need help. There are some steps where you have to place stickers before nailing. Some parts have to be set between others before you can nail. The instructions point these out just be sure to read them a couple times.

The final product is neat. A couple of weeks later they had the Iron Man. I had to work early that day so my wife took my son to pick up the set and they brought it home to build later. We did the same thing this past weekend with the Falcon Build and Grow event.

Each character has an action, Captain America moves his shield, Iron man has a light up arc reactor. and Falcon flaps his wings. The figures also come with a wedge shaped base with the character’s name on it. Once you get all six the wedges make a circle with the Avengers logo. The Avengers stand Back to back in a cool display. 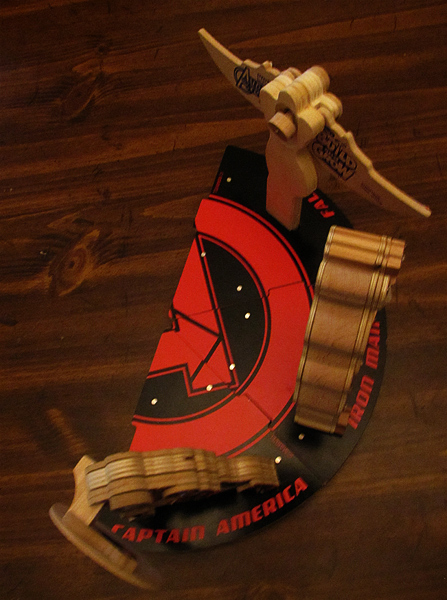 There are three more Build and Grow Avengers events. The next one is on July 23 and the featured character is Thor. After that is Black Widow and Hulk finishes out the collection. The dates for the last two haven’t been posted yet, but so far it’s been every other Saturday.

The free kit has a wooden project, instructions with a comic on the back,  a patch of that project, an apron and goggles. The event I went to we saw kids with aprons and goggles. We didn’t get either when we checked in. When we returned the hammer, we saw the aprons and asked for one, but I didn’t see goggles. You can put your child’s name on the apron and iron on the patches. Then they can wear next time.

To attend the event you need to register at Lowes Build and Grow. Use the store locator to fins the nearest event. Fill out the form. Then print out the waiver and bring it to with you. Registration for the next event opens Monday after an event.

UPDATE I have seen other articles stating that the events are every other Saturday year round. But that may not be the case. They are skipping a week between the Thor and Black Widow projcts. Always check The Lowe’s site for the event date.

They also sell some Build and Grow kits. They had a couple of wood cars sets and some child sized hammers. The kits are not in the area where the event occurred. At our location they were near the Key cutting section. You can see some of the sets on the Build and Grow site.

This entry was posted on July 13, 2016 by Chris. It was filed under Action Figures, Conventions, Super Hereos and was tagged with avengers, build and grow, Captain America, childrens activity, comics, falcon, free events, free for kids, Iron Man, Lowes.