I got DC lil Bombshell Batwoman. All the figures in this line look great. I wrote about these previously here with the awesome Poison Ivy figure. 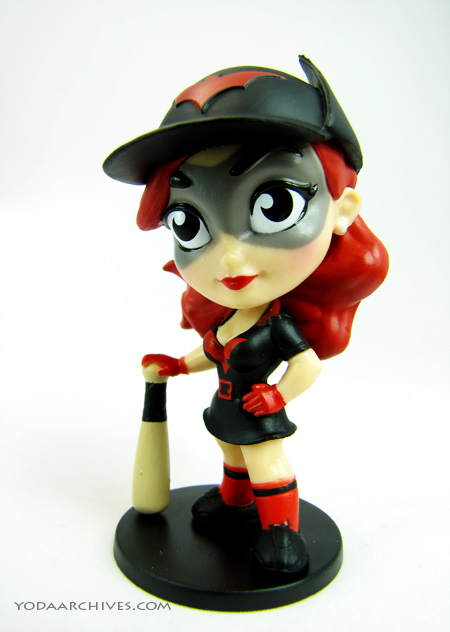 DC comic’s Bombshells. made by cryptozoic.
The series has ten regular figures and two chase figures. Characters include Wonder Woman, Black Canary, Mera, Harley Quinn, Catwoman, Poison Ivy, Katana, Hawkgirl, Flash, and Batwoman. I have not seen any list showing the distribution of the main figures. I don’t know if there’s an even chance of each or if there are tired distribution with commons, uncommon, and rare.  You have 1:72 odds to find a chase figure.  The chase figure are Art-Deco versions of Wonder Woman and Harley Quinn figures.

Will you collect these? Who is your favorite? Do you read Bombshells?

This entry was posted on August 27, 2016 by Chris. It was filed under Action Figures, Photography, Super Hereos and was tagged with batwoman, comics, dc bombshells, female action figure, pin up.