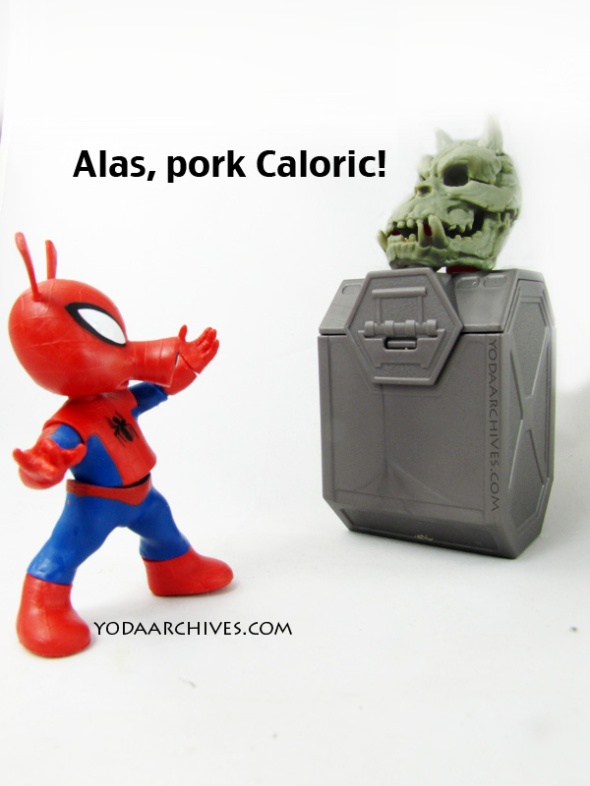 Spider-Ham is from the Hasbro:Marvel Legends Monster Venom build a figure series. He comes with a Monster Venom torso and a Pork Grid head. Pork Grind is “Venom” of the Spider-Ham series. The Pork Grind head fits on the Monster Venom body but looks too small. I seen suggestions it will fit on the Venom figure from this series. I may get the regular Venom to see.

The Gamorrean guard skull is from Star Wars Science Xcavations Skulls. I have perviously written here. I’ve just updated the post with codes that tells the character in the Cargo box.