Quarantine Build #5 Ship in a Bottle

Since I have to stay at home, I’m building some of my sets I haven’t had time to build. Here is build #5.LEGO Ideas 21313 Ship in a bottle. This Ideas set was released in 2018. It was designed by a LEGO fan, other fans voted for it. and LEGO decided to make in into a actual set. It has 963 pieces and retails for $69.99.

It is a challenging set suggested for ages 12+, There a lot of repeated steps, While building the ship you have to flip it from side to side to build. The ship builds rather quickly.

I really like the cannons. They are with only three pieces and are clearly cannons sticking out of a gun port. 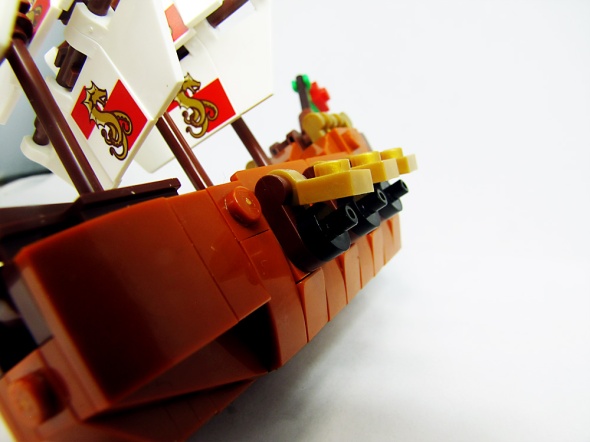 Building the bottle base was challenging cause it’s all clear pieces. I worked on some construction paper so the pieces would stand out against my white desktop. The parts reminded me of shattered safety glass. Safety glass breaks into chucks rather unlike normal glass that breaks into shards.

The bottle base took the longest time to build if you don’t get it right, the bottle sides wont fit right.

You build the boat then build the bottle around it. After you build the bottom half if the bottle you attach the ship to it. Then add the sea, which is made of single stud pieces. All of bag 3 is small translucent light blue pieces. There are two  #3 bags. Just dump them into the bottle, On LEGO Masters, Team unicorn used single pieces to make water and the judges didn’t like it. But here it is in a set.

The base includes a compass, 2 globes and a name plate. The base is beautiful, Kind of a shame of it to be hidden under the ship. 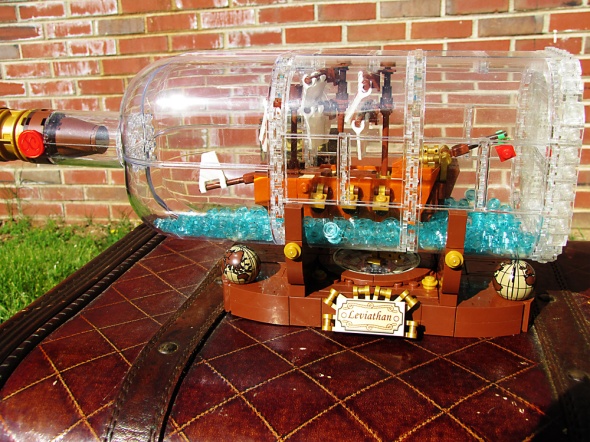 Do you have this set? Are you planning on getting it?