Here it is the 500th post on Yoda Archives.com. I wasn’t sure what to expect when I started this blog back in January 2011, with Found me you have. I just wanted to have some fun with my camera and some action figures. I’ll hit the three year mark in just a couple of months.I’ve made a lot of friends here and hope to meet more of you in person at a convention sometime.

Thank you all for your support.

For this special post I had to go back to the character that was the impetus for the blog, The Jedi Master, Yoda. And I placed him in my favorite set of the year.

featured here is Yoda, Bilbo Baggins, and Bag End from 79003 An Unexpected Gathering

Appearing in this scene Bilbo Baggins at Bag End from LEGO An Unexpected Gathering  #79003 and from Despicable Me 2 Dave and Minion Surprise minions; Carl, Stuart, and Tim.

These mini legs are made for walking.

Hobbits can’t run, at least LEGO hobbits and other short character can’t run. Normal short LEGO legs are not moveable so the smaller characters cannot move, or sit. The mini-action legs offered by Brick Fortress allow poseability for the minis in either in your MOCs or stop motion films. 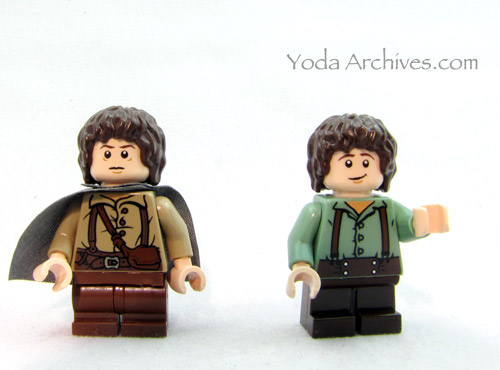 I just bought a few of these and would like to share my thoughts on them. The legs are nicely made and feel similar to LEGO. They feel solid and move easily without fear of breaking like some knock off brick brands. The colors are near to LEGO colors. They are available in five colors now, others will be offered in the future, more on that later. Current color options are black, gray, dark blue, reddish-brown, and tan. 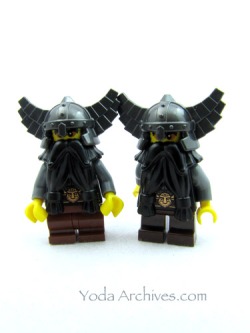 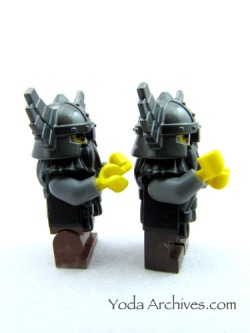 Here we can see side by side comparison using the Evil Dwarf from series 5. The dwarf on the Left has mini-action legs, the dwarf on the right has the standard legs.The legs have some curve to them rather than the straight look of LEGO legs. There is a center piece to the legs that allows the movement. And the legs are slightly taller due to the hips.

Price: The legs are listed for $1.25 each but currently sold for $1.15 each with price breaks at higher volumes order 20 or more and the price drops to $1.00 each and order 100 or more and they drop $0.95 each. Shipping is cheap. Plus They fill orders fast. I ordered on the 31st the legs were shipped on the 2nd and arrived the 4th.

The tan legs match Yoda and allow the Jedi to Move.

The next color will be.. up to you. Brick Fortress held a survey for most requested colors. The top four are now up for voting. The choices are: Dark Green, Green, Dark Tan and Dark Brown. You’ll notice in the Frodo and Dwarf pics the color don’t match the original that because they figs were made with dark brown legs. Dark brown is not offered yet so I used the reddish-brown legs. I need my Hobbits to match. Frodo and Samwise can’t complete their mission if their outfits are not color coordinated. So vote dark brown Frodo needs action legs so he can simply walk into Mordor.

Voting ends April 30th so be sure to get your votes in by then! Choose your color and vote!

Summary:The legs are well made and look great. They function like the regular size LEGO legs. I can see these being used in stop motion films. You should try a few and give your figs added poseability.

UPDATE:they are still taking votes for the new action leg color. This color vote will end the night of A̶p̶r̶i̶l̶ ̶3̶0̶t̶h̶,̶ ̶2̶0̶1̶3̶ [not decided] 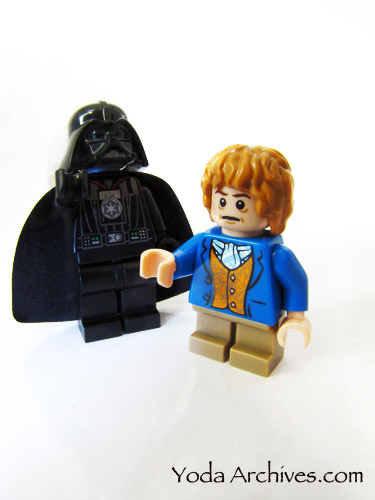 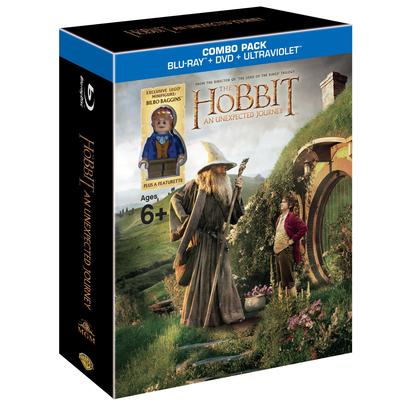