The team-up you demanded 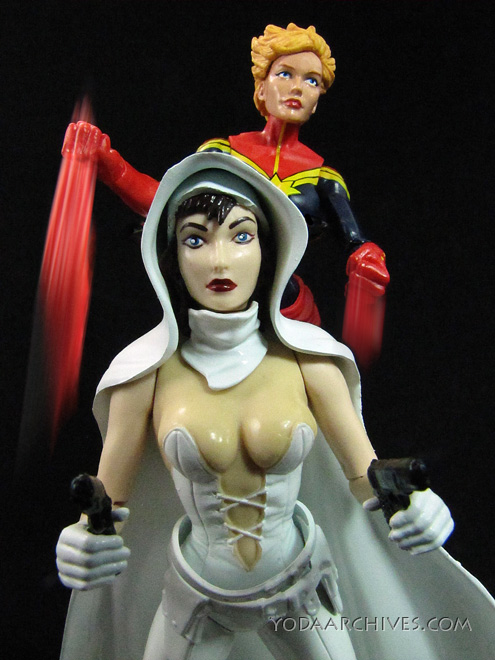 In stores at last the Captain Marvel action figure.  Her accessories are an alternate masked head and a power blast. The figure looks great but could really use a stand.

The figure retail for around $20. I’ve only seen the Odin series at Target and Wal-mart so far. But Wal-greens and Toys R us also carries the six-inch Marvel line. Toys R Us charges $21. Avoid the scalpers I’ve seen these listed for $40 online.