At  TeeFury Thursday July 25 only!
“Mini Hunters” by Matt Parsons and “The Demon Hunters” by FrozenNorth75 are available now exclusively on TeeFury. Castiel, Sam and Dean Winchester LEGO minifigs on a shirt!

BACK till 9/3. just scroll down the main page. 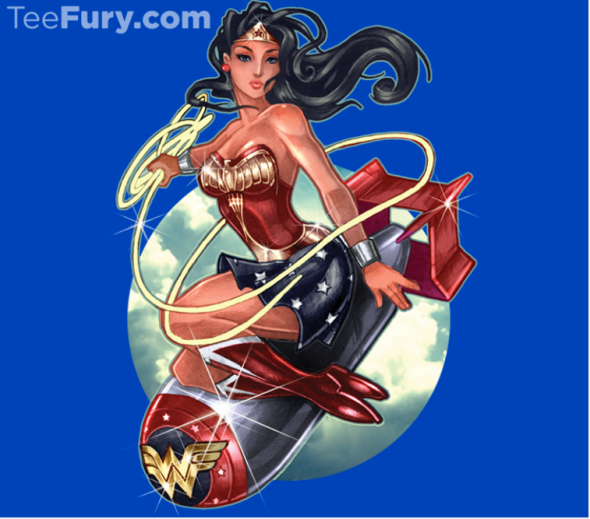 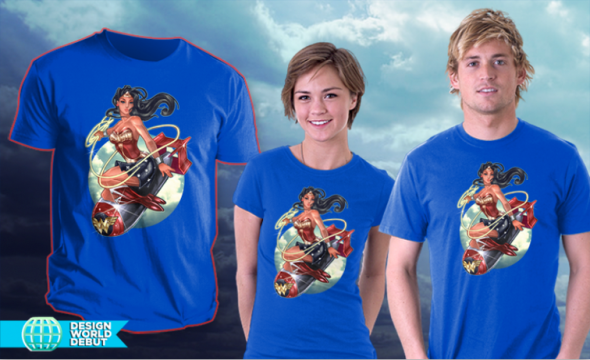 SAN DIEGO, July 22, 2014 /PRNewswire/ — SAN DIEGO COMIC-CON — LEGO Systems, Inc. today unveiled details of everything that contributes to its largest San Diego Comic-Con (SDCC) presence ever. The LEGO® booth will welcome show attendees with life-sized LEGO models, sneak peeks of 2015 LEGO building sets, photo-opps and content demos. Additionally, fans will have a chance to win limited edition minifigures each day and exclusive SDCC LEGO sets will be sold in the company’s booth shop. The family-friendly booth will feature thousands of LEGO bricks for attendees to build and take home their own brick-based heroes. The LEGO excitement can be found at booth #2829 of the San Diego Convention Center, July 24-27.

To commemorate the 15th anniversary of LEGO Star Wars, the company will unveil a show-stopping showcase of every LEGO Star Wars minifigure ever created

“This is our fourteenth year at San Diego Comic-Con and each year we see stronger enthusiasm coming from a growing audience of fans of all ages,” said Michael McNally, senior brand relations director, LEGO Systems, Inc. “We’re thrilled to deliver a family friendly brand experience, punctuated by custom life-sized models, play opportunities, exclusives, collectibles and sneak peeks, that lets children and adult collectors celebrate their passion for properties and LEGO play together in one place.”

LEGO Star Wars™
To commemorate the 15th anniversary of LEGO Star Wars, the company will unveil a show-stopping showcase of every LEGO Star Wars minifigure ever created – over 500 in total—that is sure to make fans drool. A remote-controlled LEGO Chopper life-sized model, based on the new Star Wars Rebels series, will roam the booth throughout the weekend. Other activities include the unveiling of a 2015 LEGO Star Wars set and a limited edition exclusive version of the LEGO Star Wars Ghost with a Chopper minifigure that will be on sale for show attendees beginning Thursday morning.

LEGO Super Heroes: DC Comics™
This year marks the 75th anniversary of BATMAN™, and LEGO Systems celebrates the milestone with a new life-sized model of the Batcycle™ from the Batman Classic TV Series, complete with sidecar, made entirely out of LEGO bricks. Two LEGO Super Heroes: DC Comics sets launching in 2015 will be unveiled, including an 1,800 piece Tumbler, and one of the company’s exclusive minifigure raffle items will feature an iconic DC Comics character.  Throughout the show, a limited number of exclusive Batman Classic TV Series Batmobile™ LEGO sets will be on sale.

LEGO Super Heroes: MARVEL
The new feature film Marvel’s Guardians of the Galaxy hits theaters August 1st and to honor the event and its newest film-inspired building sets, LEGO Systems will display a custom-built life-sized LEGO version of Groot and Rocket Raccoon. An SDCC exclusive LEGO set, Rocket Raccoon’s Warbird, will be sold and an exclusive minifigure of The Collector from Marvel’s Guardians of the Galaxy will be up for grabs to lucky fans as part of a raffle.

LEGO THE HOBBIT™
In anticipation of this December’s theatrical release of THE HOBBIT: The Battle of the Five Armies, a production of New Line Cinema and Metro-Goldwyn-Mayer Pictures (MGM), LEGO Systems will unveil one of the new LEGO THE HOBBIT sets that is slated to hit store shelves in October. A large-scale model of Smaug, built entirely from LEGO bricks and featuring custom light features to simulate the dragon’s fire-breathing ability, will be displayed in the Warner Bros. booth #4545.  On Thursday, July 24, fans will also have a chance to win a LEGO THE HOBBIT minifigure.

THE LEGO MOVIE
Fans of the first LEGO theatrical film will instantly recognize a new 8-foot tall LEGO model presiding over the booth as Lord Business. A LEGO set based on THE LEGO MOVIE launching in January 2015, will be unveiled and on Sunday, fans will have a chance to win an exclusive LEGO Unikitty, as well as attend a panel discussion focused on the film and its toys.

LEGO Mixels™
LEGO Mixels™, an original property created in conjunction with Cartoon Network made up of animated shorts, virtual app gaming and collectible construction toys, was first unveiled at SDCC 2013. The fun continues as the fourth wave of quirky characters, launching in 2015, will be unveiled. New Mixels content for 2015 will also include new shorts, specials and a game.

LEGO NINJAGO and LEGO LEGENDS OF CHIMA™
Two of the biggest original LEGO properties will be represented in two separate panels on Sunday, inviting children and families to learn more about the stories, products lines and the television series that currently air on Cartoon Network.

It’s Nerd Block Time! They call it comic con in a box and this month they really mean it. Timed to arrive just before Comic Con this week they included an actual Comic Con item but more on that later.

Nerd Block is a monthly subscription service for geeks. Every month, subscribers will receive a package containing a t-shirt and 4-6 toys or collectables. You pick the shirt size but the design and toys are unknown.

First up is Star Wars Insider  The magazine focused on Star Wars. I used to get this but let my subscription lapse since there were no new movies planned. Now that Disney is producing more films maybe it’s time to renew. The Cover article is Jeffery Brown’s Darth books. These are cool books I have Darth Vader Father and Son book. I love it. Star Wars Insider retails for $7.99. This is the first of two Star Wars items this month. 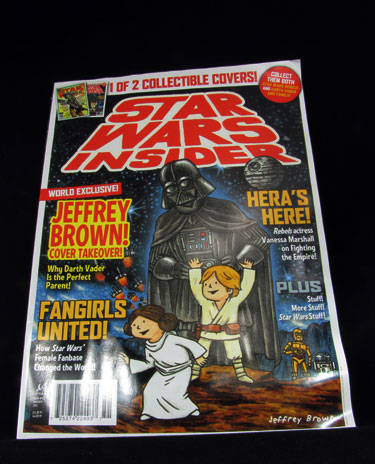 NERF Zombie Strike Ricochet ($7.99) Read about it in Nerf Wika. They give it a retail of $7.99. It is neat. Too big for my son to use. I could use it as a costume accessory. If I get finish my steam punk outfit.  Here’s a picture of how others have painted NERF guns for costume uses. 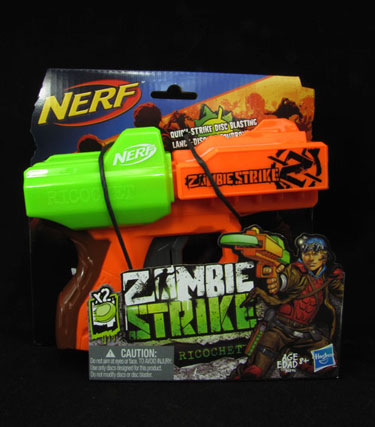 The shirt is a Teenage Mutant Ninja Turtles design. Turtles are awesome I will wear this one. Retail ~$11.00 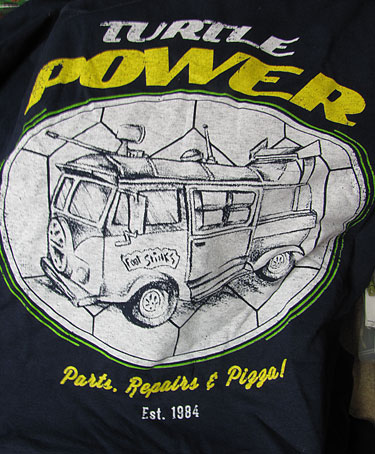 The second Star Wars item is a deformed plush vehicle. I got the Millennium Falcon. Their postcard also showed an AT-AT and an X-wing. Any of them would have be cool but I’m glad I got my favorite ship. 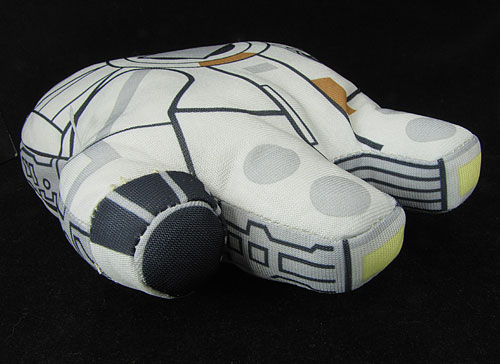 The Comic Con tie-in is a DVD of Comic-Com IV A Fan’s hope. It is a documentary on Comic Con. I haven’t watched it yet.I hope it is entertaining.  It has interviews with Stan Lee and Joss Whedon. Which partly explains how Nerd Block tied them into this month the other reason, the dvd included a PVC figure of Stan Lee and Harry Knowles of Ain’t It Cool News. Others sets had Joss whedon and the Morgan Spurlock, who directed the documentary.

I found a little history on the figures. NECA had them a while back and there were only 20,000 of the figures made.

In review some cool stuff this month. A Star Wars magazine, A NERF gun, a plush Millennium Falcon, A cool TMNT shirt, and a DVD with a Stan Lee figure.

Spoiler alert! If you get a box don’t read the shipping label. There is a mini invoice on it that tells whats inside. It’s vague but may reveal more than you want to know.

Horror block 19.99 Plus shipping 9.50 US, The Horror block ships on the 25th of the month You must order by then to get the box. This month they said it will include an Aliens item.

Affiliate post: How to Train Your Dragon tee fury style 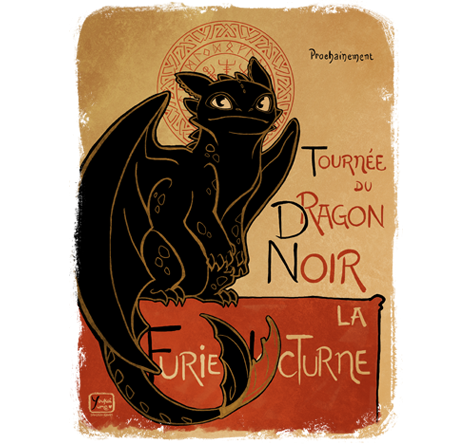 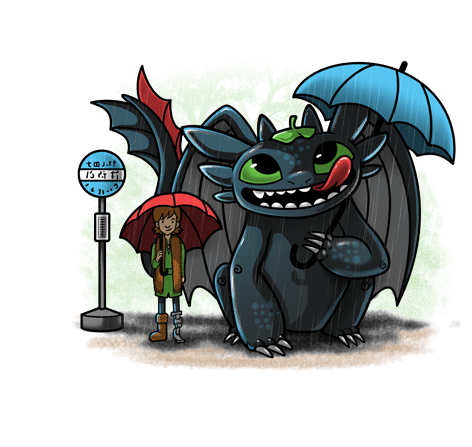 Tee fury has added a Comic Con shirt to their gallery. This shirt is just $10 dollars and they want fans to wear this at Comic con. 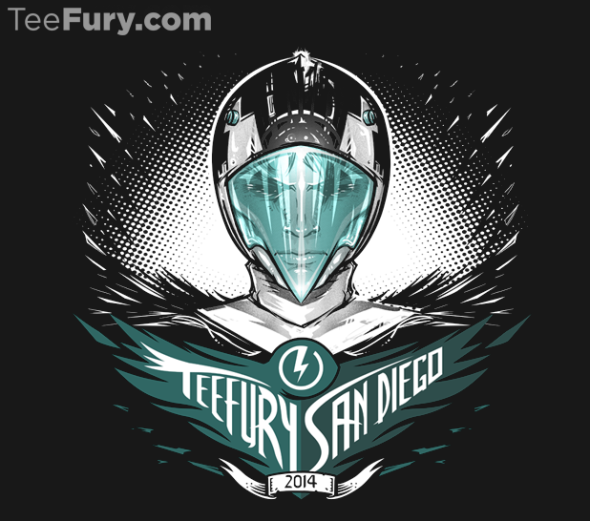