This is so cool. A fan made film using Kenner action figures. This film recreates The Empire Strikes Back using a story book record.

LEGO stop Action film: The Day of The Doctor

“SAVING STAR WARS” REUNITES WITH THE 501ST LEGION TO BENEFIT THE MAKE-A-WISH FOUNDATION.

In 2004, DAVE (DARTH VADER) PROWSE, filmmaker Gary L. Wood, and the worldwide fan army, the 501st Legion, joined forces to save “Star Wars”. In 2013, it appears they may have succeeded.

To celebrate, and to say Thank You to the 501st who, in addition to “trooping” in their amazing costumes, have always made charity events and fundraising a part of their on-going mission, Dave and WoodWorks Films have made their award-winning, cult hit, “Saving Star Wars” available to stream online and will donate $2 from every viewing to Make-A-Wish in the name of the 501st. 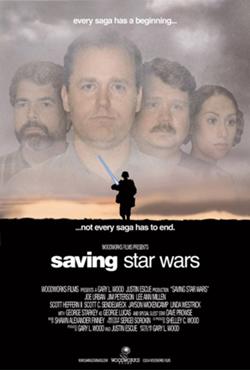 To sweeten the deal, this offer isn’t just for the over 6000 members of the 501st worldwide. Any viewings of the movie from Labor Day Weekend, August 30 to Sunday, Sept 8, 2013, will generate $2 for Make-A-Wish, so spread the word to family and friends, even Jedi.

Ten years ago, “Saving Star Wars” told the story of two “Star Wars” fans that accidentally kidnapped George Lucas while trying to honor the wish of an ill child. The Wish? To SAVE “Star Wars”….All NINE films we were promised. For the last 10 years it has traveled all over world, including DVDs of the movie hand-delivered to key members of George Lucas’ team. Today, “Star Wars” lives on.

See the little movie that, with the help of Darth Vader and the Bloodfin Garrison of the 501st, may have helped convinced Mr. Lucas to let the sequels be made.

Grab the family and friends this holiday weekend, enjoy the movie that The Force.net called “A Must See!” and help Make-A-Wish continue to make dreams come true.

In 2009, Casey Pugh asked thousands of Internet users to remake “Star Wars: A New Hope” into a fan film, 15 seconds at a time. Contributors were allowed to recreate scenes from Star Wars however they wanted. Within just a few months SWU grew into a wild success. The creativity that poured into the project was unimaginable.