Guardians of The Galaxy came out two years ago today. Here’s some of my Guardians images. 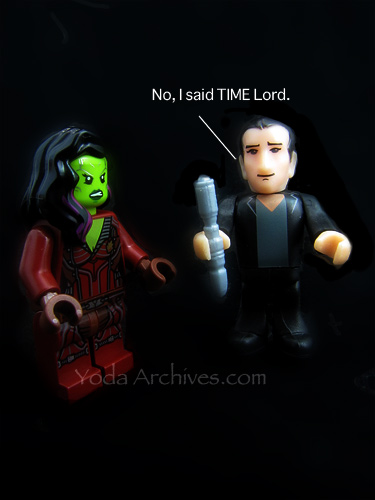 LEGO Groot, Hodor, and Chewbacca: “No One Understands”

Another great brick film from BrotherhoodWorkshop, 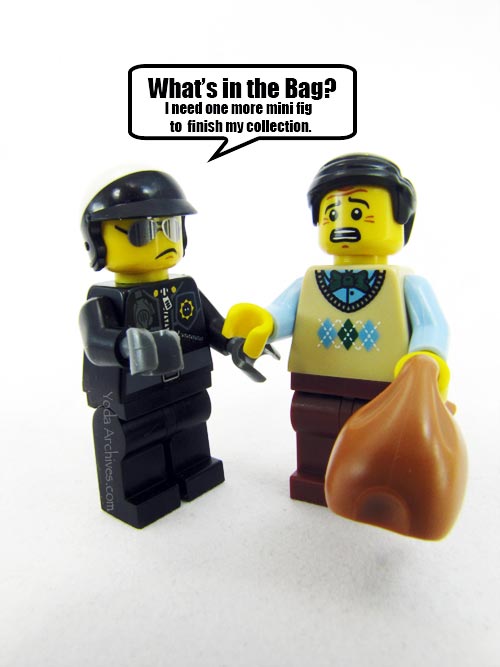 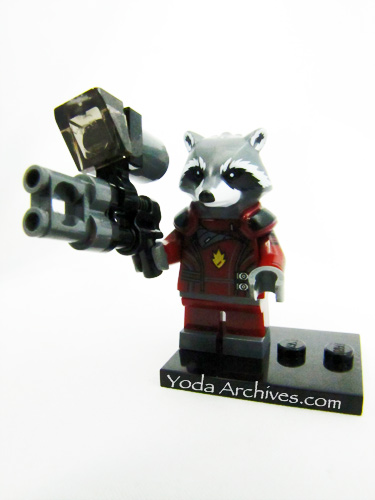 The Rocket Raccoon (#5002154) polybag is finally available at Toys R Us in the US. It is not a gift with purchase either you can just buy the Rocket minifigure for $4.99. Rocket is in the red uniform the Guardians wore in the later part of the movie. The set also has a baby Groot figure, and some alternative stickers for the Milano (#76021) ship.  Previously this figure was part of a ComicCon exclusive set.

I like this version of Rocket. I almost had him early. I was at a Toys R Us the other day. The bags were hanging on an end cap with a price label. But when I got up front the register wouldn’t allow the cashier to ring it. She called a manager who said they couldn’t sell it till the 16th. He said they weren’t suppose to be out yet and asked where I found it.

I made a trip today to pick it up. I  went the TRU that is closer to home. They didn’t have them on the slaesfloor. Instead they were at the service desk you just have to ask. I’m guessing they kept the there to avoid theft and scalpers. I’ve already seen people posting bags of them online and reselling them. I’m ok if you pick up an extra one or two but really leave some for everybody else.

UPDATE: I checked the TRU that had stocked them early. They had them on the salefloor instead of behind the counter. Also there are some reports that some TRUs are holding them off the floor till this weekend.

Toys R us does have a LEGO Polybag promo this week. Buy $30 or more of LEGO and get a free TMNT mini Shellraiser polybag (#084594). I was able to walk out with spending $30 on LEGO mainly because I couldn’t find Rocket on the floor. One I went up front and got him I didn’t return to the main store.  They also have but one get one 40% on Mega Bloks ‘s, Halo, ans Call of Duty  sets and the McFarland Toys Walking Dead sets.

At TeeFury Oct 5 two Guardians of the Galaxy shirts. 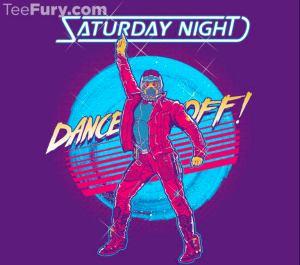 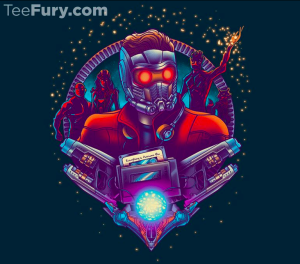 A conversation between Peter Quill, Han Solo, and Malcolm Reynolds, discussing the age old question: when is it ok to shoot first? 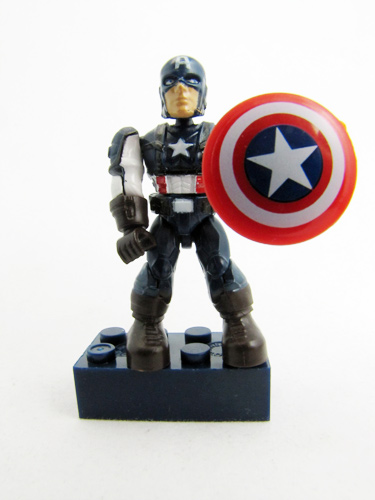 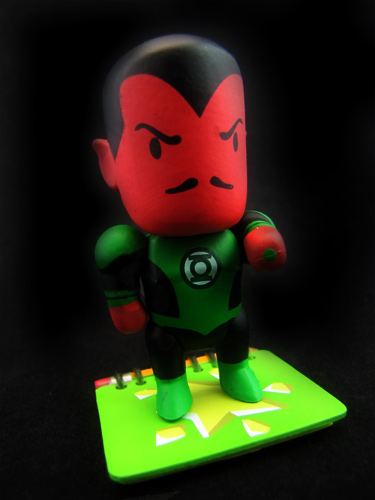 September Nerd Block to include TMNT, Scribblenauts, Guardians of Galaxy!

Nerd Block is a monthly subscription service for geeks and nerds! Every month, subscribers will receive a package containing a t-shirt and 4-6 toys and collectables! They have given a few hint at what will be in this month’s box. The shirt will feature Guardians of the Galaxy. There will be a Scribblenauts/DC collectible. Plus something featuring Classic Teenage Mutant Ninja Turtles.

We’ve got a Teenage Mutant Ninja Turtle item in this month’s Nerd Block that is already being dubbed by our staff as their top Nerd Block item of 2014!

I don’t know what will be in the box. But I’m looking forward to the TMNT item. I’m hoping the shirt is cool. Speaking of nerd blocks shirts last month I same someone in public with the July TMNT Shirt. It was cool to see another subscribe in a random encounter. A couple of days later was when the august box was on my doorstep with the awesome pop vinyl Harley Quinn. 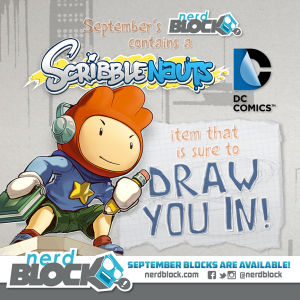 Do you enjoy my unboxing posts? I have traffic from people searching for Nerd Blok. But little feedback. Let me know what you  think?

New Store on Store Envy Use the code “NotAtCon” to get 20% off on all in stock items till Sept 1.

Another Brick in the wall, Walking Bricks shirts at ShirtPunch Affiliate Post.

ShirtPunch today only two Brick themed shirt the first is Another Brick in the Wall  and the other is Walking Bricks. The other designs are animation related featuring Pokemon and my  neighbor Totoro. Tee shirts start at $10 plus they have hoodies and long sleeve shirts.

I’m not a big enough fan of Zombies to get the Walking Bricks shirt. I missed the Brick in the wall when it was offered elsewhere. I might be getting this one. 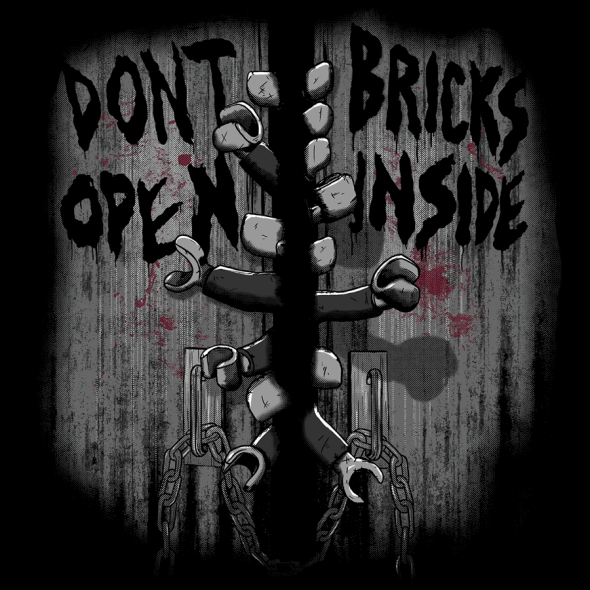 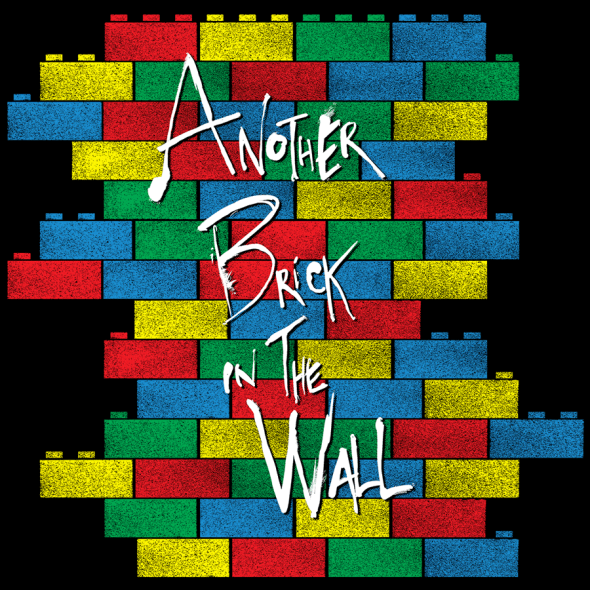 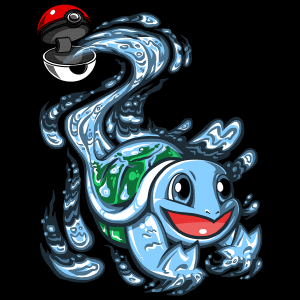 Two Groot shirts today. Groovin’ Through the Galaxy by BeastPop and The Great Root Galaxy by onebluebird. 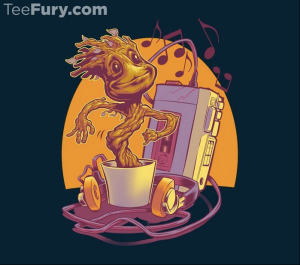