A surprise in the mail box.

My versabricks @versabricks have arrived. Earlier than expected I look forward to building with them.

My versa bricks from the Kickstarter campaign arrived today. Versa bricks join LEGO, K’nex and hot wheels tracks. I post a review once I have time to build something.

Versa Bricks are the brain child of Jerry Schutt of Ohio. Like many of us as a child he would  play with LEGO and Hot Wheels. He wanted to play with the two together and use bricks to build ramps for the cars.  But the ramps were didn’t work as he planned.  Fast forward to today. with his background in engineering,  computer  modeling software,  3D printers for prototypes, and his family, Versa Bricks can be a reality. 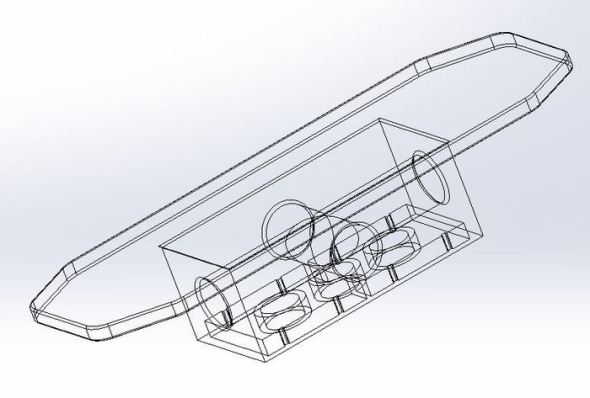 Jerry has launched a Kickstarter Project to fund Versa Bricks. There are six different Versa Brick blocks designed to connect LEGO, Hot Wheels, and K’nex toys. A seventh brick that would connect HO scale train track tracks is an unlockable stretch goal.  The bricks will be red. They will be made of ABS material. The funding period opened on October 13  and ends on December 1, that’s just a week away. The Versa Bricks are projected to be delivered in March of next year.

The rewards that are offered include sets of Vera Bricks, the more you donate the more bricks you get, a key chain and holder set made from the versa Bricks, and a Desktop ramp that included a car and a minifig. Certain level s of donations get a bricks in a mystery color.  The biggest donors can attend a build party in Whitehouse, Ohio, where they’ll build a massive creation using Versa Bricks, LEGO, K’Nex and hot wheels.

This is a pretty cool project. I wish them luck and hope to see these next spring.

Affair at the Arcade stars K’nex Super Mario Brother Wii Princess Peach, Mario Cart Mario and , Luigi, and a Pac-man arcade candy tin. It took a while to find a princess peach. I had seen her sold in blister pack earlier. But when I started looking for one in store she was nowhere to be found. I finally saw the Mario bros wii bags. She was easy to id in the bag the dress easy to find. If you want other characters there is a code to determine what’s in the bag. It is based on which number is underlined on the back of the bag. Also this is my first multi panel comic.