Merry Christmas from the LEGO Santa Group. This is a group shot of the Star Wars Santa’s from previous advent Calendars, Snowbacca,  a trooper and a classic LEGO Santa! 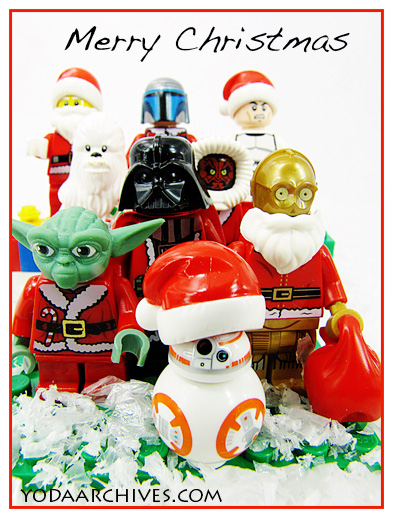 (TPM) the Phantom Menace
(ATC) Attack of the Clones
(ROS) Return of the Sith
(ANH) Star Wars:A New Hope
(ESB) The Empire Strikes back
(RTJ) Return of the Jedi

My favorites were the AT-TE, Biker Scout, Santa Jango Fett,  Zam Wesell’s Ship, Slave 1, and the sleigh. Least favorite was the Solar sailor.  A couple of ships were hard to id. Dooku’s ship was even pictured sideways on the box. Plus too much Prequel builds for me. But overall another fun advent calendar. I kind of wish this was out last year. I went to a con that had the actors that played Jango Fett and Young Boba Fett. It would have been cool to have them sign a pic of their mini figs.

What Christmas theme minifig would you like to see in 2014? I like to see Queen Amidala from set #9499 Gungan Sub as a Christmas tree.  Or back to the Original Trilogy and an Empire Strikes Back theme with Santa Solo in red Hoth gear. Plus a Miss Santa Leia. Or Maybe a Snow Droid C3-PO or Gift wrapped Han Solo in Carbonite with a bow 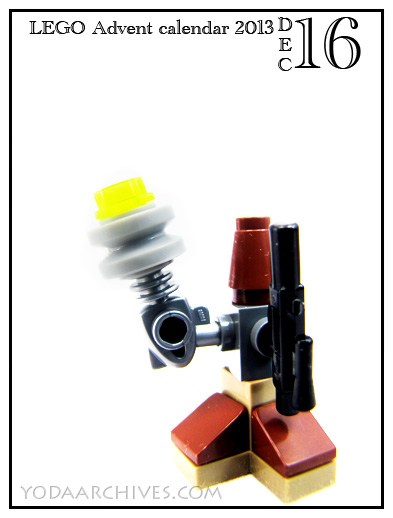 If you are blogging any of the LEGO calendars CITY, Star Wars, or Friends, please leave a link in the comments.